Senior Lifestyle Expo shows what Oxford has to offer

Posted on October 7, 2016 by Errol Castens under Events, People
2 Comments

Scores of folks learned how rich in opportunities Oxford can be when Coleman Funeral Home hosted Senior Lifestyle Expo 2016 on Oct. 4.

“It’s important for us to be an active part of the community,” said Coleman Funeral Home CEO Glenn Coleman in his welcome. “This is a way for us to give back.” 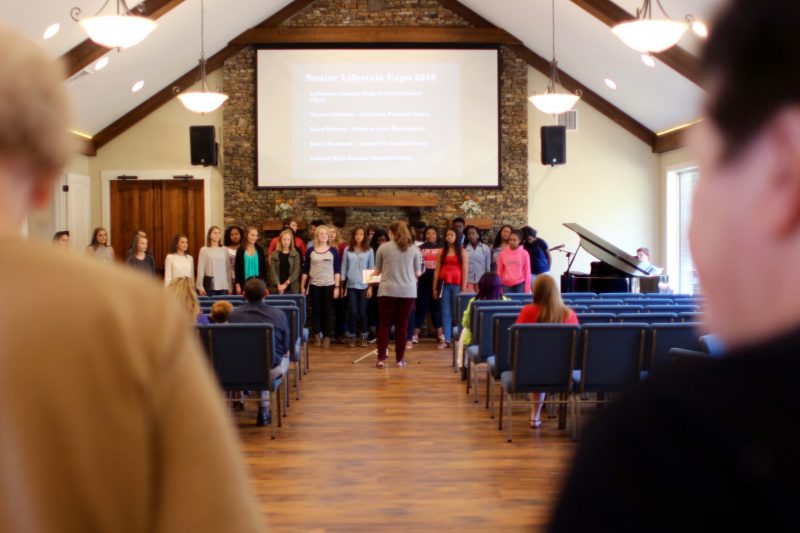 The Choirs of Lafayette perform at Senior Lifestyle Expo 2016.

A highlight of the event was a selection of public agencies, businesses and non-profits that offered information on how they can contribute to an active, successful retirement.

Jojo Pearson of the Oxford YMCA said Expo attendees were interested in healthy eating, special classes, and special deals for senior adults such as the waiver of joining fee and reduced monthly fees.

“I teach a class there called ‘Joints in Motion’ designed for seniors, so I think they were really interested,” he said. “And of course they had questions about our expansion and relocation.” 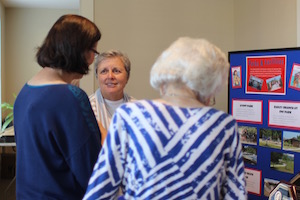 Deb Helms, director of Oxford Park Commission’s Leisure Lifestyles program, said attendees were “asking really good questions about what we do and our method,” she said. “Our method is person-centered, so whatever you need for an adaptive program, that’s what we’re going to do.”

One of more than 60 guests at the inaugural Expo, Anne Klingen said she came to explore opportunities for seniors.

“I’m going to be hitting that mile marker, and I have parents who are already older,” she said. Even beyond the information offered, she was impressed with event coordinator Jeremy Roberts’ spinach dip and the building’s architecture. “Coleman Funeral Home is really beautiful,” she said.

Jean Foster of Waterford agreed. “The facility is really nice. It’s not what you expect a funeral home to look like,” she said. “I felt from when I walked in that there was no color barrier, that this was welcoming to the whole community.”

L.C. Ramsey, a native of New Albany, retired to Oxford four years ago after a long career with Case IH in Wisconsin.

“I came out to see what’s going on, what’s out there. I got a whole bunch of information,” he said. “This community has a lot to offer. I moved here because I was tired of shoveling snow, and I haven’t regretted a day of it.” 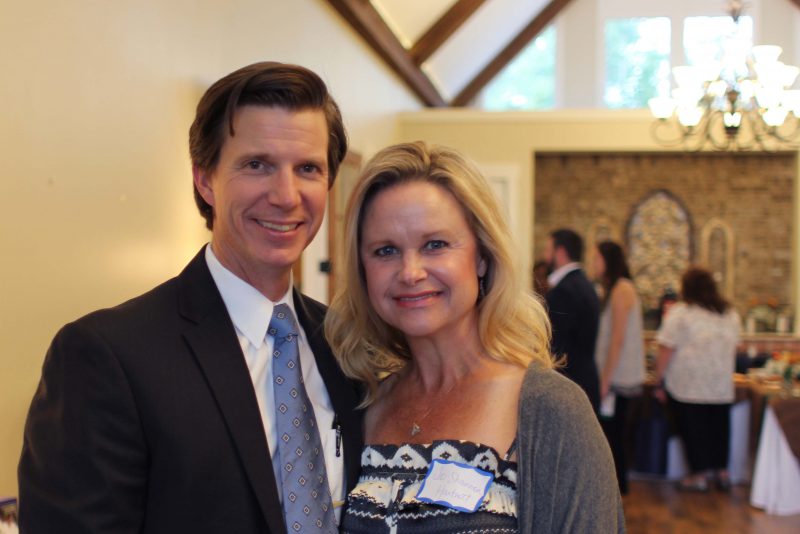 Kaye Bryant spoke by video, urging people to make the most of their retirements in Oxford. “Keep moving!” she emphasized, adding that a sedentary lifestyle is “the number one way people fall into old age. If the weather’s inclement, I’m in the gym on a treadmill. If it’s not, I’m outside.”

Her second principle was to be involved. “Be engaged with the opportunities Oxford offers, like the Yoknapatawpha Arts Council, Thacker Mountain Radio, the University Museum. If you did nothing but those three, they offer something almost every single day.”

Bryant said it’s incumbent in Oxford to cheer on the Rebels. “The excitement, the people, the fun – it’s contagious,” she said. “When you go, you can’t help but enjoy, so all you have to do is show up!”

Mark Hartnett of Argent Financial Group said a legacy consists of three things we leave behind – possessions, principles and people.

“I want you to be intentional in writing your own legacy,” he said. “The first rule is to know the goal – the legacy you want to leave. Is your goal to leave a lot of possessions behind or to leave a lot of changed lives behind?”

He noted several parallels to a relay race, including selecting the right team, passing the baton neither too soon or too late, making sure the transfer sticks, and focusing straight ahead with only a glance backward.

Hartnett noted that great legacies don’t focus on possessions but on lives one has helped change for the better.

“The value of a life,” he said, “is measured in how much of it is given away.” 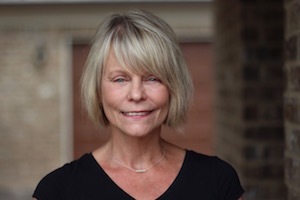 Why worry about burdening your loved ones with future funeral expenses? By planning ahead, you can leave them free to simply celebrate the memories and reconnect with each other.

You can purchase future funeral care at today’s lower prices by contacting Frieda McDonald, Director of Family Services for Coleman Funeral Home. Call Frieda at (662) 832-2746 or email her at [email protected].